Finally got to use my mandoline slicer today and made some Potato/Portobello Gratin. 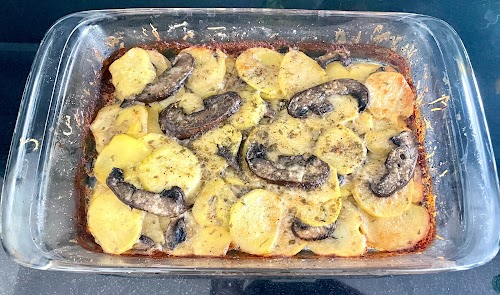 (OK, that picture doesn’t make this look too appetizing but believe me it was really delicious.)

I used the full 3/4 C of half and half like in the recipe but it looked like a little too much so I poured some off. The gratin came out really tasty, but not very “saucy”. However, there was a really good crispy crust around the edges that might not have been there with too much more liquid. Perhaps if I do this one again I’ll keep all the half and half and see how it turns out.