Years and years ago I got an electric skillet for Christmas. Opening the gift I immediately thought of the Good Eats French Onion Soup recipe. I never found a use for the skillet, but I always kept it stashed away in the hopes that one day I’d use it for making this soup. 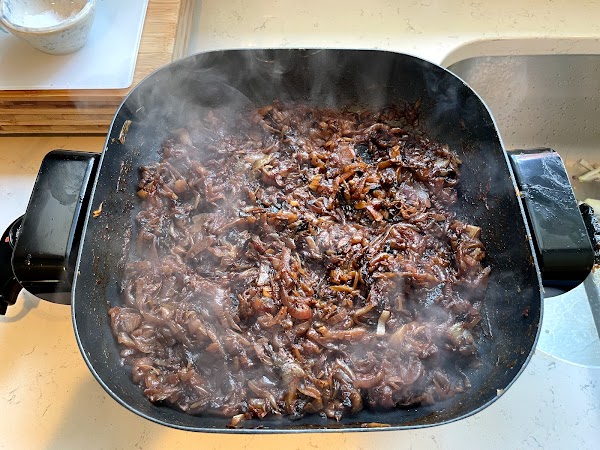 Today was finally the day!

I even borrowed my mom’s onion soup crocks to make it extra authentic. 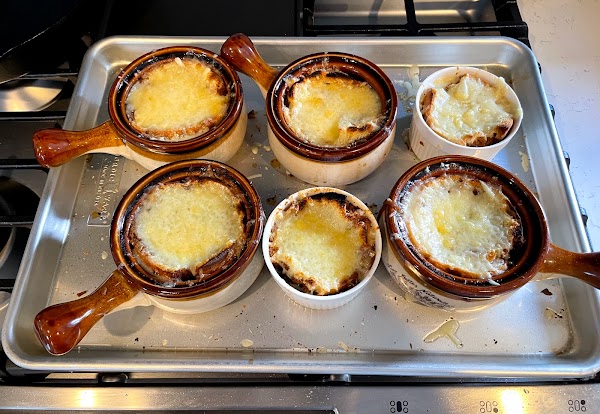 This soup was really, really good. Erin said it was some of the best onion soup she’s ever had. I give it a solid 4, though probably won’t be making it again anytime soon due to the labor intensive and… pungent preparation.