Season One Finale - Fish in a Salt Dome

I attempted to do the Striped Bass in Salt Dome about a week ago, but after visiting all the seafood shops and supermarkets in the area (there’s like 4 or 5) I discovered that whole fish isn’t very common. So I started calling around until I found a place about 30m away that sells whole fish every day.

At first I sought out a striped bass like Alton used in the show, but then I learned that the minimum size you can buy is 35”. That’s like 18-20 pounds of fish, oh and striper is like $25 a pound. So, yeah that idea was out.

Instead I ended up with a ~3 pound haddock, which was nice size for the three of us. 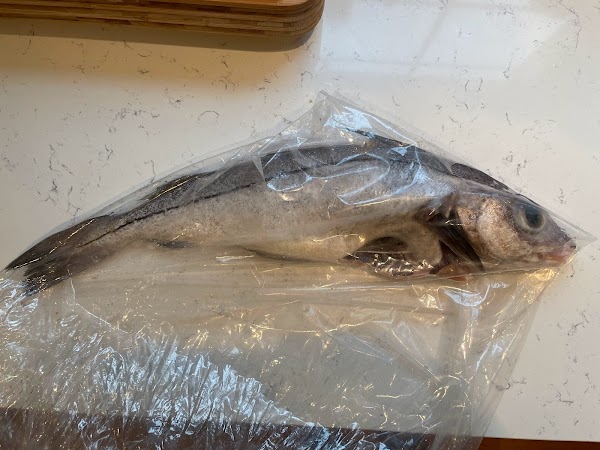 I have to admit I was skeptical of this one, but in the end it turned out great (if not a tad overcooked, which was my fault not the recipe or the technique). The flavor was great, with the citrus and herbs giving the meat a great subtle flavor. Also, just to note, the fish was not salty at all. 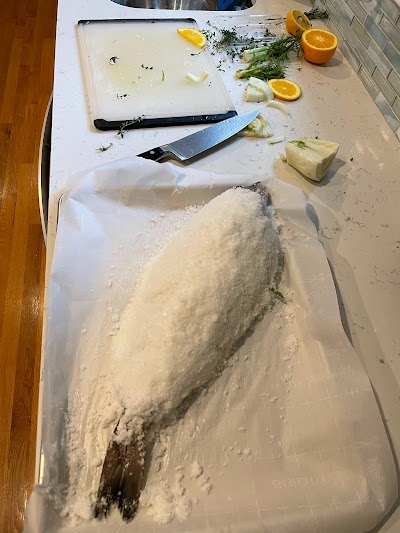 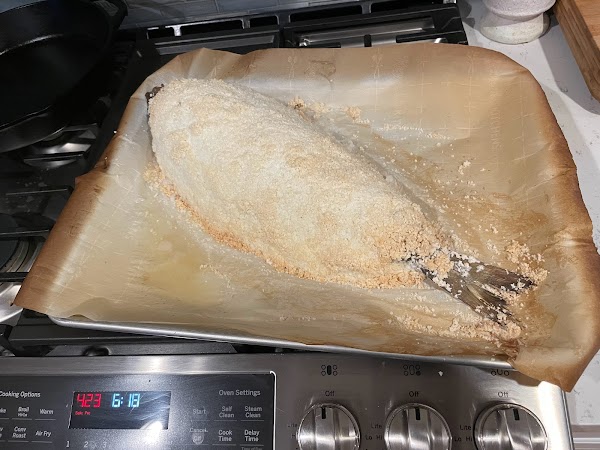 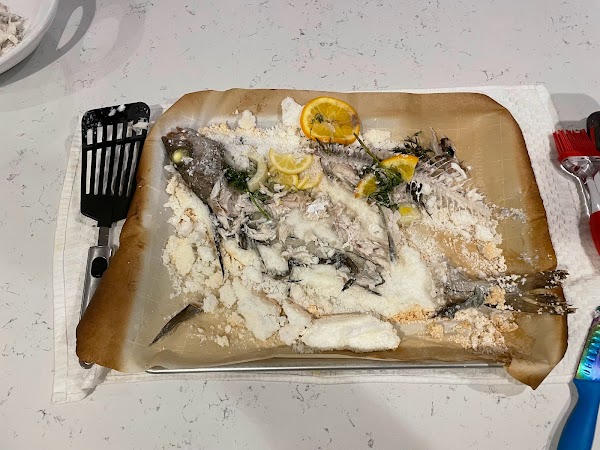 Reflections on Season One

And that wraps up season one. From start to finish it took a little less than 2 and a half months.

So far the project has been really fun and I’ve cooked some stuff that I never really thought I would.

Can’t say that I was too surprised the last recipe would be the fish in the salt dome, or that three of the last four would be desserts. I started pretty fast through the recipes then slowed way down when it got to these. Season Two only has 2 or 3 desserts so hopefully I won’t have that lull at the end.

There were some great surprises in Season One though. I’ve never made biscuits, shortcake, or scones before and I don’t think I would have if it weren’t for this. Now I have these recipes in my back pocket for when I need them. Making ice cream is another skill I’m happy I’ve picked up.

For Season Two, I’m going to make sure to start earlier on the ones I’d rather put off, so I’m not dragging my feet by the end. And it’s going to start with that fruit cake…