A weekend of Good Eats

We had mostly no plans for this long holiday weekend, so I figured I’d kick off Season 2 with a bang. Did a big shopping run on Friday afternoon and then pretty much cooked all weekend. What a blast!

Friday night started off with The Fungal Saute, which we used to top some home-made pizzas. 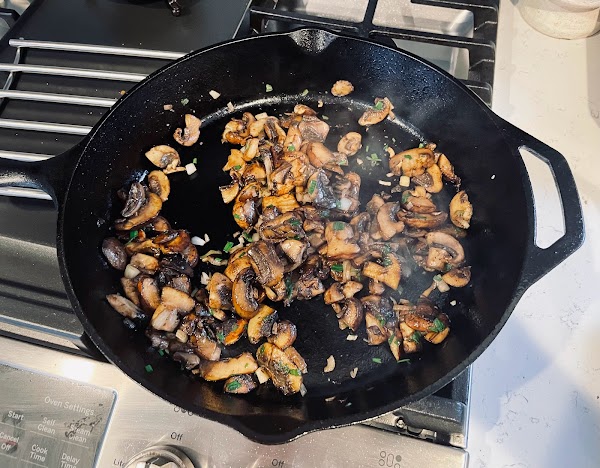 Saturday morning I figured I’d break out the Chemex to do True Brew using the same ratios that AB does. 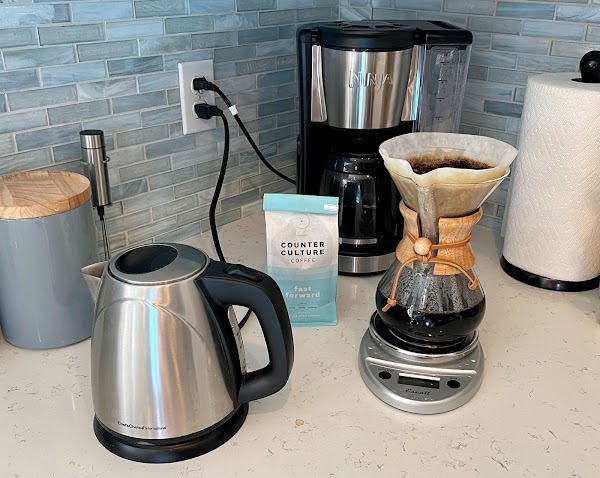 While sipping my coffee, I got to work on the Free Range Fruitcake using the dried fruit I had macerated in rum the night before. 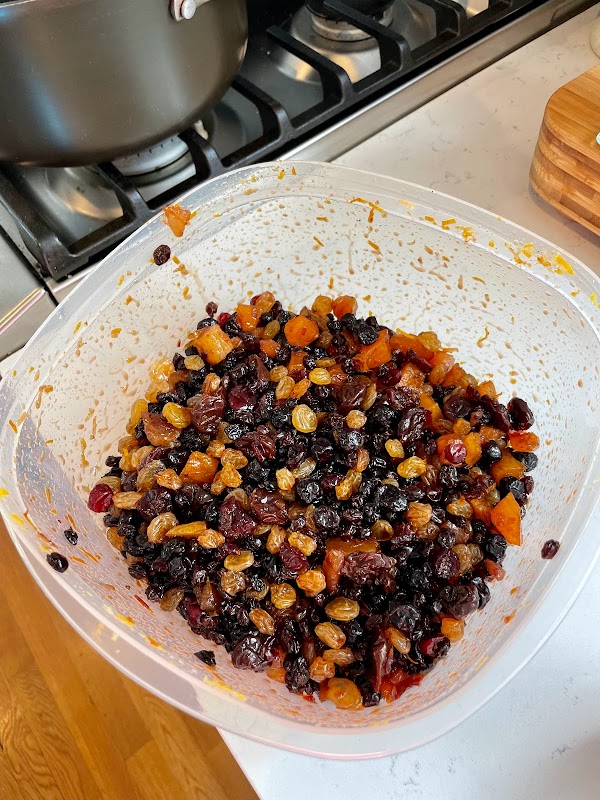 I only have an 8-inch loaf pan so with the leftover batter I used a muffin tin to make 4 fruitcake muffins. In the future, this is probably the way to go. I was keeping an open mind, but after it was done it was hard to eat. Gemma’s mom thought it was edible at least, as long as you put butter on it. Neither Gemma or I could stomach it, and I ended up tossing most of the loaf, and sending the muffins home with Gemma’s mom. Will most likely never make a fruitcake again. 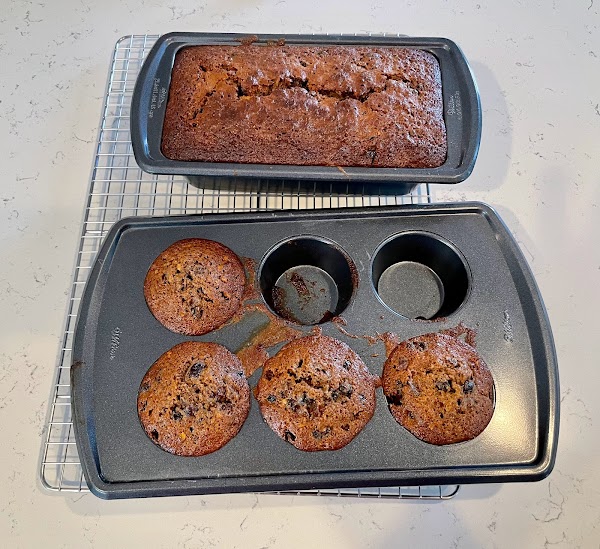 Saturday night we started by making That Ol’ Cap Magic as an appetizer, and they were delicious. 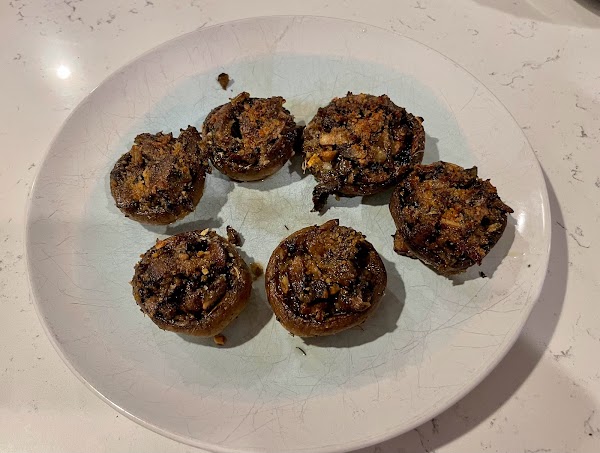 Dinner was Good Eats Meat Loaf with Better Than Grannie’s Creamed Corn on the side. The creamed corn was phenomenal, and it’s something I’d definitely make again, even though getting the kernels off the cobs was a bit messy. 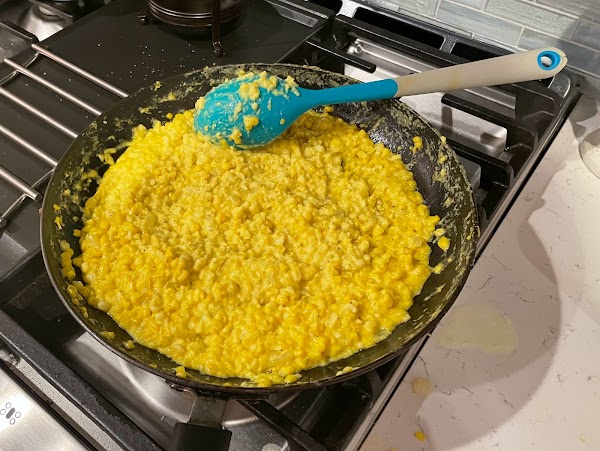 The meat loaf was good as well, though a bit on the spicy side. It was almost like a load of taco meat, which isn’t a bad thing, but next time I’ll leave out the red pepper and chili powder. But, the glaze was awesome and gave the loaf a flavorful, crunchy crust. 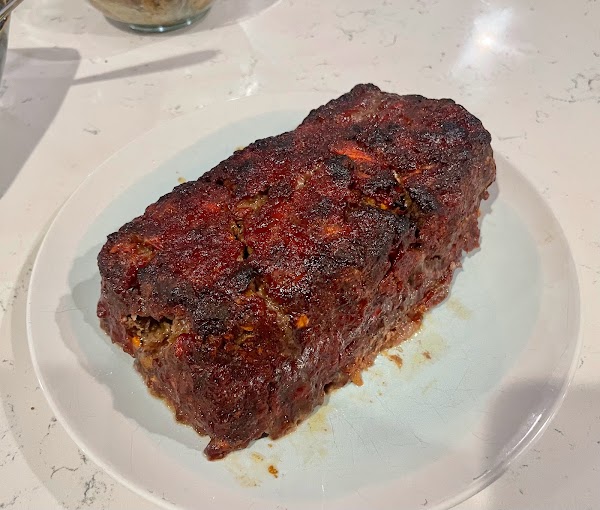 Sunday night we hard pork chops and 10 Minute Apple Sauce with a side of Creamed Corn Cornbread. The apple sauce was good and complemented the grilled chops very well. 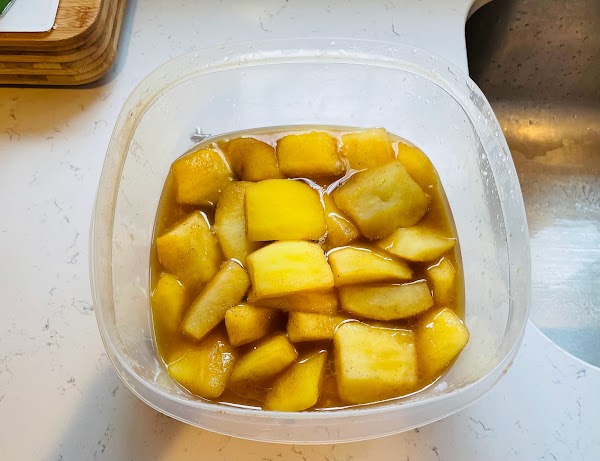 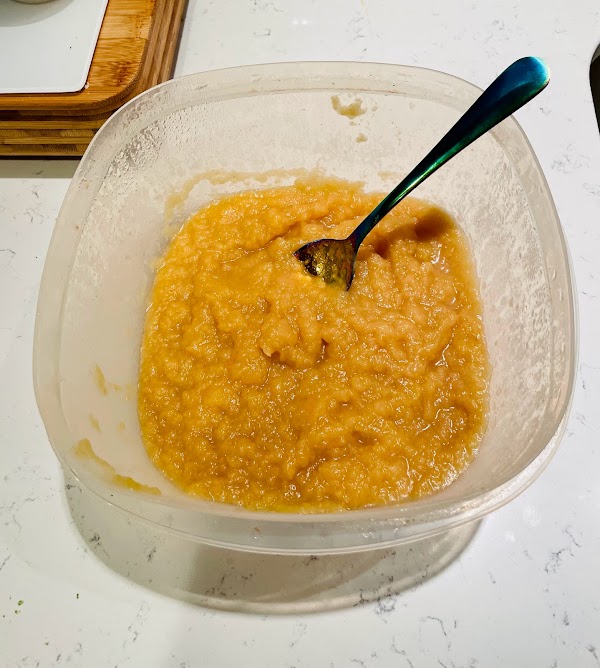 The cornbread was OK, definitely not a 2, but it was a little dry. Vivian did have a lot of fun helping me make it though! 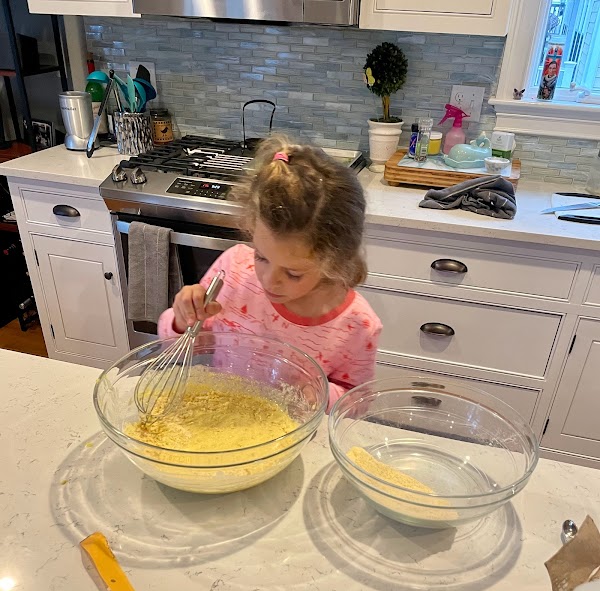 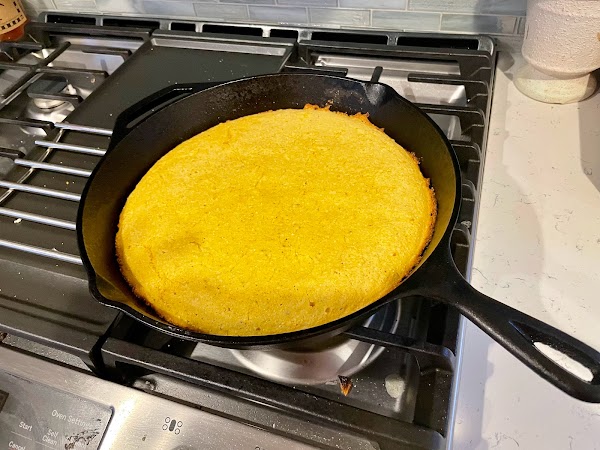 Finally, to top the long weekend off I decided to cook up a batch of Who Loves Ya Baby-Back? ribs. They were flavorful and delicious, and cooking them with liquid was an interesting addition to the way I usually do them in the over with just a dry rub. I think if I had cooked them longer than 2.5 hours they would have been more “fall off the bone” but they were tasty nonetheless and Vivian just crushed them one after another. 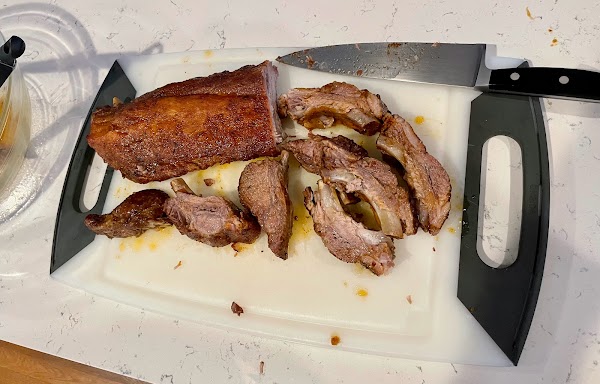 And that’s it! One holiday weekend and got through almost half of Season Two!

Who Loves Ya Baby-Back?