Banana Splitsville is really three recipes in one. I started by making the doodads and the caramel sauce during my lunch break. 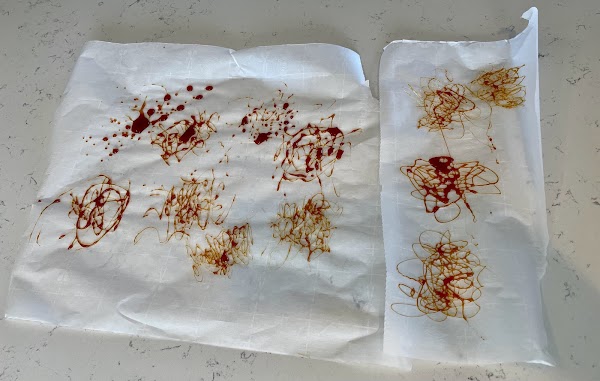 As you can see, at first I tried while the caramel was too hot (upper left) and ended up with lumps. As it cooled I got better doodads (the paper on the right). They were a little crunchy and stick to your teeth. Then I made the caramel sauce. I don’t think I waited long enough to see smoke (maybe it was steam, or my eyes playing tricks on me?) but it didn’t seem to matter because I got it to a boil and everything seemed (and tasted) just fine. 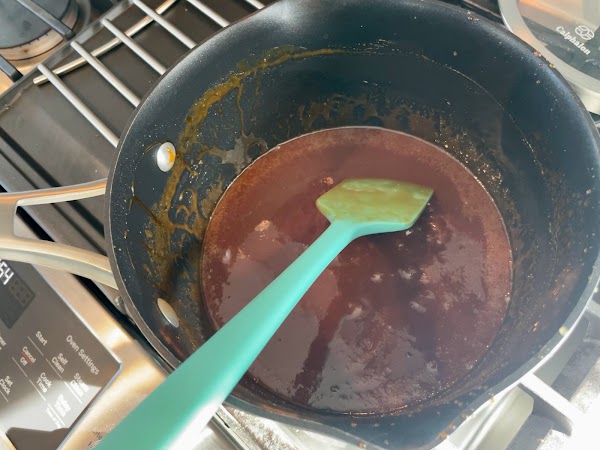 After dinner, I then bruleed the bananas and put it all together. I didn’t quite get the glass-like texture that Alton did in the show, and I stopped with the torch when it seemed like it was cooking the bananas (notice the browning). But, they were still sweet and a bit toasty. 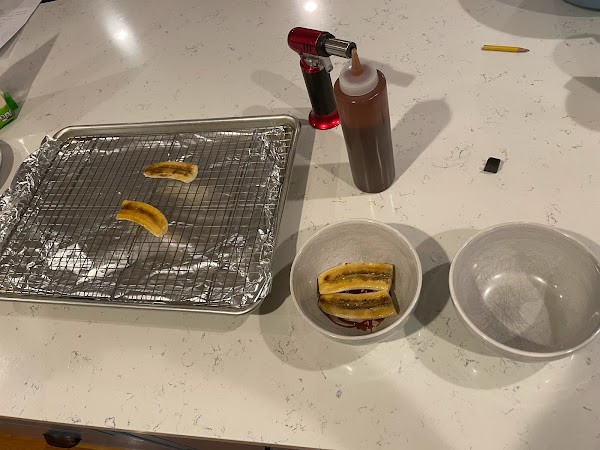 The finished product doesn’t looks great (I blame my food photography) but it was really tasty, even though banana splits aren’t something I’d usually go for. 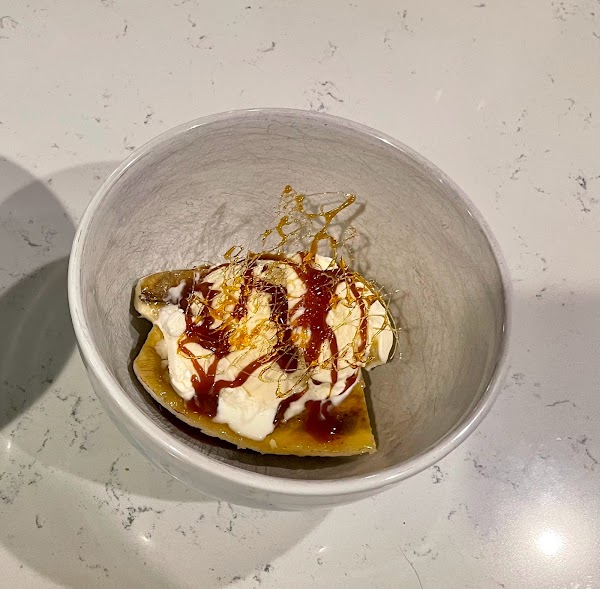