We’re getting close to the end of Season Two, so I’m starting in on the recipes that I’ve been procrastinating on for one reason or another. Tonight it was Chips and Fish, which I’d been putting off because, well, frying is kind of scary. 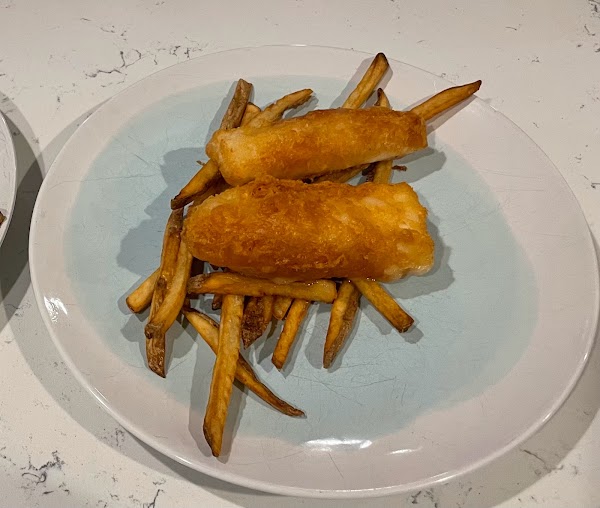 Turns out, while it did make a huge mess and took quite a while, the fries and the fish were both fantastic. The fries were crispy with a nice fluffy inside, the fish batter was light and crispy, and the fish itself was flaky and delicious. 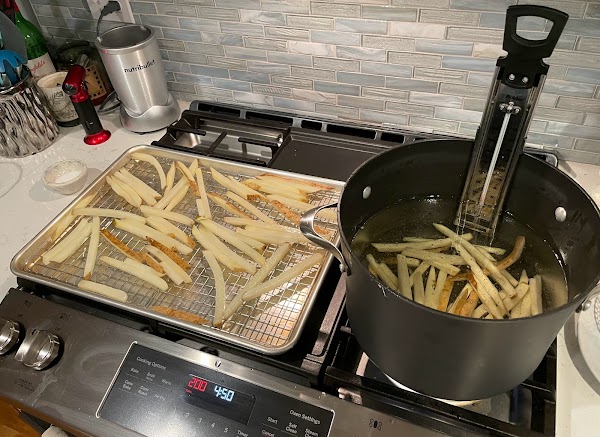 There was a moment at the beginning where I thought I’d screwed up the fries, because I misread or misremembered the recipe and thought the fries were blanched at 220, not 320. I didn’t realize that until I had finished them, so I washed them off and dried them again, then started over. Fortunately it didn’t seem to make a difference and the fried were great. 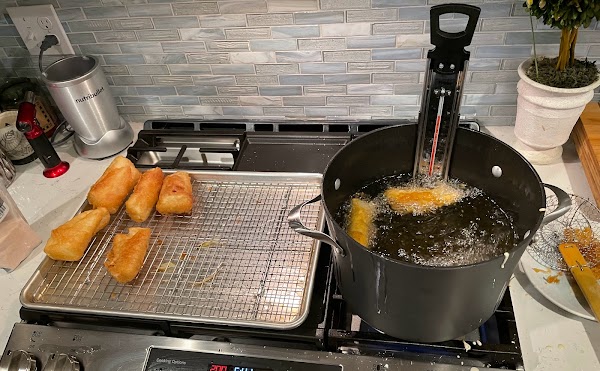 We served the meal with some homemade tartar sauce, which went like this:

It was a great compliment to a delicious meal!