I had a feeling I might save a dessert for the last recipe in Season Two. So here I was with only No Pan Pear Pie left, and it just so happened to be Thanksgiving. That was just a coincidence, but a happy one – I was able to serve this with Thanksgiving dinner, and the reviews were great. The tart was sweet but not too sweet like some of the pies we had. It was nice and balanced, and the crust was amazing. 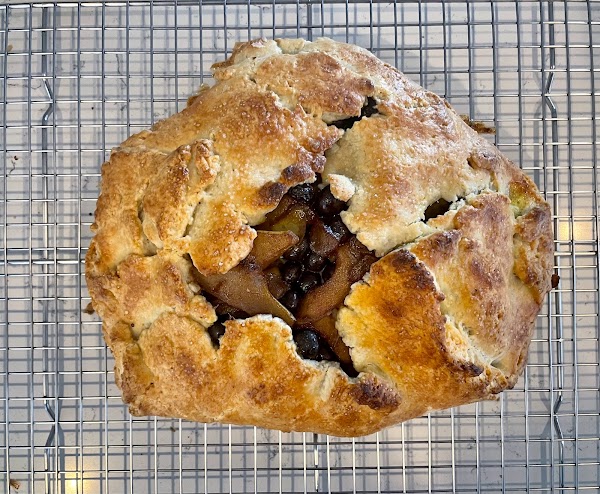 Even though I didn’t get it to look as great as Alton did on the show, the taste made up for its funny looks.

Season Two started off with a whimper, in the form of a fruitcake. However, I’m really glad I started with that because I would have just been dreading it the whole time.

As I started off the season, we were a bit underwhelmed by some of the recipes. The meatloaf was a bit too spicy, the stuffed mushrooms were good but not mind blowing, and I was expecting way more from the ribs.

But as we approached the latter end of the recipes, we hit on a bunch of 5-rated ones. The fish and chips were awesome, and this will be the only way I ever make shrimp cocktail from here on. I’m not sure I’ll ever make this pear tart again, but I’m really glad I did.

I did rush a little bit through the end, though, because I wanted to make sure I was on Season Three after Thanksgiving to get to the recipes from Remains of the Bird using our leftovers. Mission accomplished, now let’s see what Season Three has in store…