Progress has slowed a bit during the holidays but this week I decided to cook up a BBQ dinner featuring The Once and Future Beans along with some pulled pork sliders with cole slaw (slaw made by special guest chef Chris).

Cooked the beans for about 6 hours total, and added a little more liquid at the five hour mark when the beans were tender but not quite done yet. 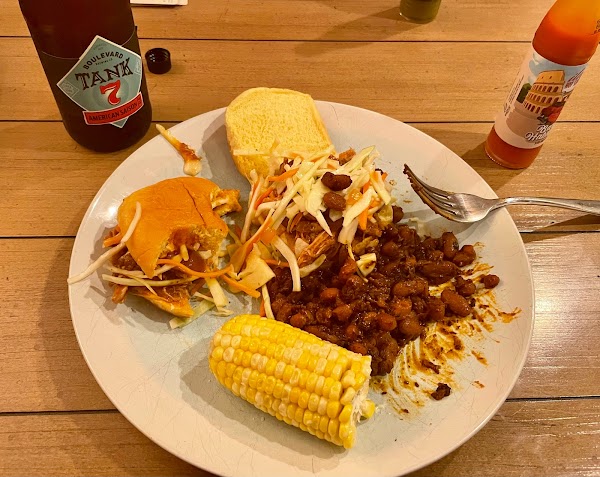 Gave these a three only because I think I burned some of the bacon fat as I was rendering it and there are little chunks in the beans that tasted fine but made for a strange consistency.

The Once and Future Beans