Like the last round of pickles, I made both AB’s B and B’s and Hurry Curry Cauliflower about a week ago and left them in fridge to pickle for a while before trying them. 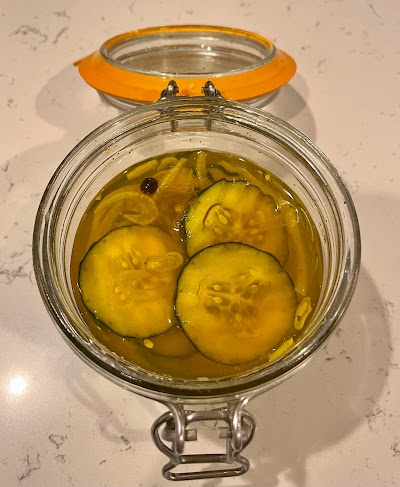 I’ve never been a fan of bread and butter pickles, but I have to say, these were really good – probably the best B&B’s we’ve ever had, for what that’s worth. It might have to do with using only 2/3 the amount of sugar called for. I usually find B&B’s way too sweet, and these were just right. I found that they were particularly good on tuna fish sandwiches. 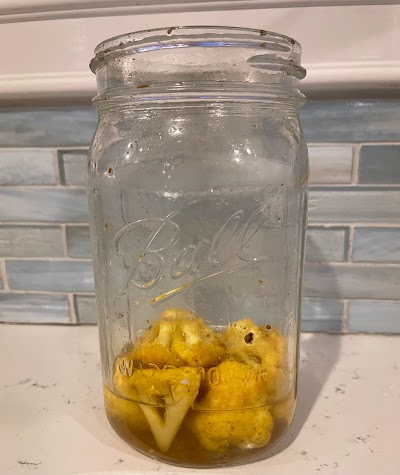 The curry cauliflower on the other hand… were not so good. The curry spices didn’t really come through, and they ended up tasting like vinegary cauliflower. We tried a few of them, and dumped the rest (forgot to get a pic until I was almost done dumping them, whoops!). I’m not sure if it was my error on this, but they were just… blah.