I had been waiting Pizza Pizzas, but since it takes some planning ahead to get the dough in the fridge about 24 hours before cooking, I’d been putting it off. But on Thursday I borrowed my neighbor’s Kitchenaid mixer complete with dough hook, and went to work. Dough always seems to complicated, and I never know if I’m doing it right, but I think it came together pretty well. 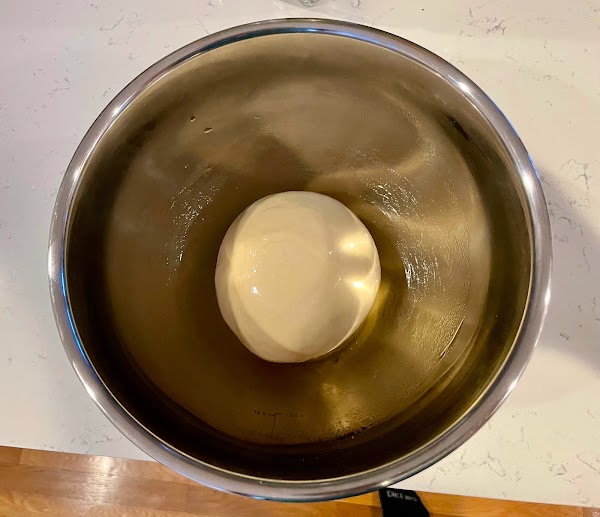 I left it in the fridge for about 24 hours, took it out, split it, rolled both balls again, and left them for an hour or so to come to temperature. I may have even been able to leave them out a little longer, but the dough was easy enough to work with (which is always something that frustrates me about making pizza at home – the dough springing back after you shape it). 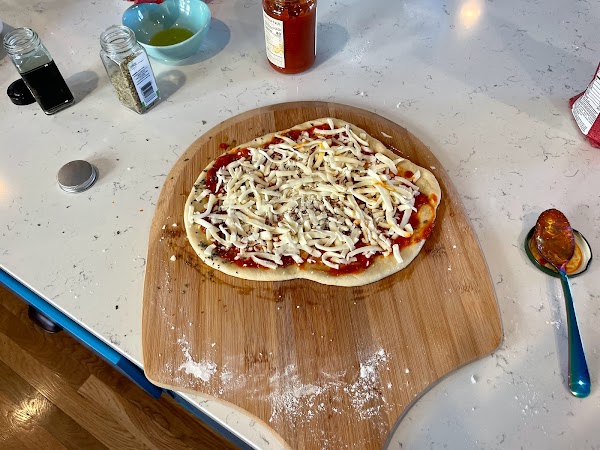 I got two approximately 11” x 8” oval shaped pizzas. The first one I did with just cheese and the second one I topped with sauteed mushrooms and onions. I then cooked them on my baking steel rather than a stone like in the show. I don’t think that makes much difference. 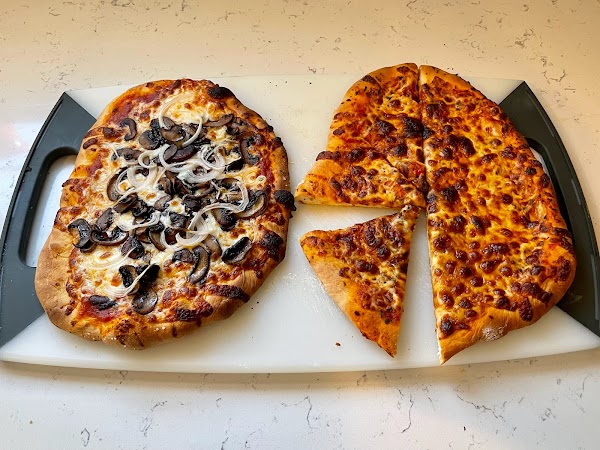 I the end, the second one with the toppings was definitely our favorite (sorry AB). If I ever get myself a new mixer with a dough hook, I’ll be using this as my go-to pizza dough recipe from now on.