This is a two-for-one recipe, where we make the GE Court Bouillon first, and then use it as an ingredient to make something else. So we start with the court bouillon: 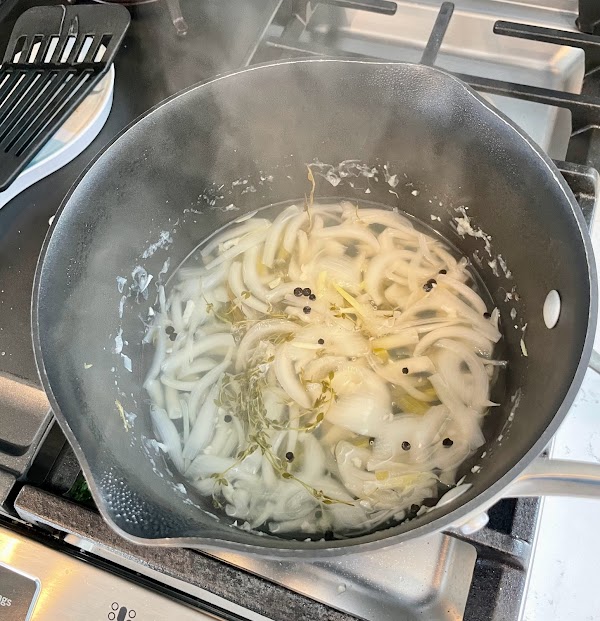 Once it was finished I strained it out to use as my poaching liquid. 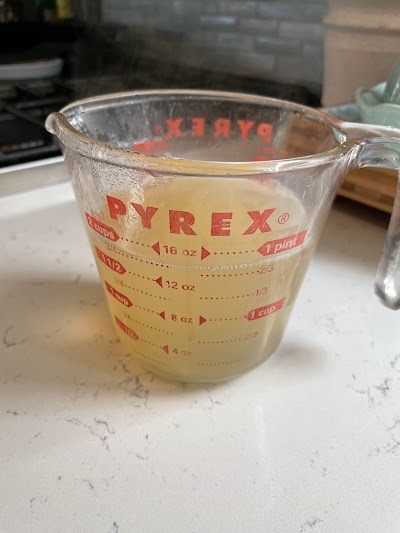 I then brought it to a simmer and added a halved one-pound filet of striped bass. Even though the recipe for The Frenchman’s Bass didn’t call for it, I prepped the filets by seasoning them with salt and pepper first. 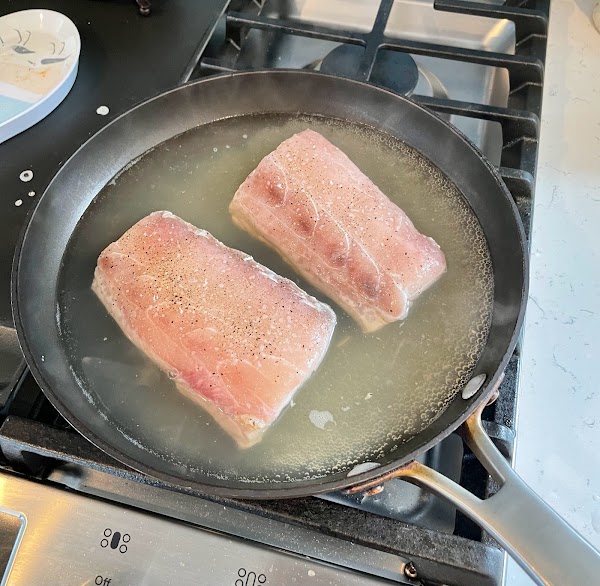 I brought the liquid back down to a bare simmer, covered the pan, and gave it 7 minutes to do its thing. I have to admit I was skeptical on this one, and so rather than making dinner, I did this up for lunch, alongside a simple Boston lettuce salad prepared by Gemma. 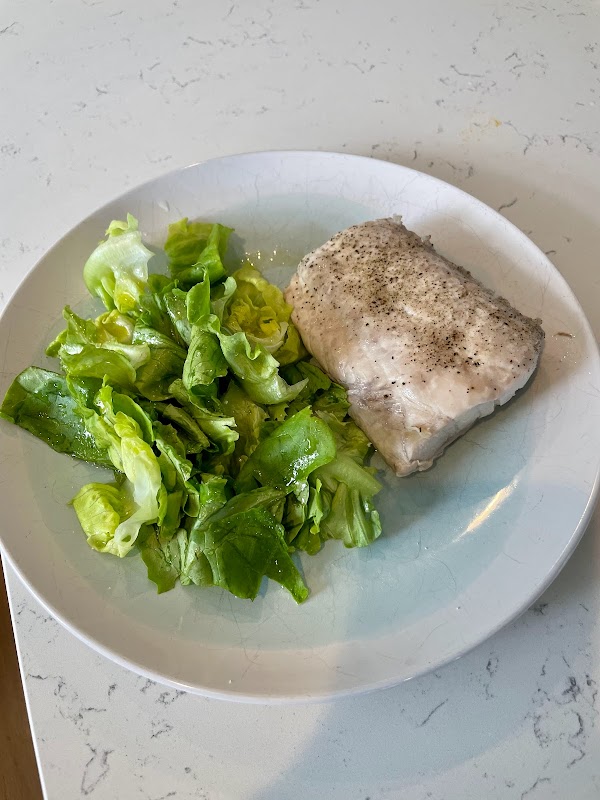 The fish was awesome. It came out really flaky and not dry at all. Poaching cooked it absolutely perfectly. Would definitely do this one again.