As I mentioned last time, I saved Mighty Duck for the last Season 3 recipe. I had to special-order a 6 pound Long Island duck, but it only came in at about $5/pound so that wasn’t too bad. 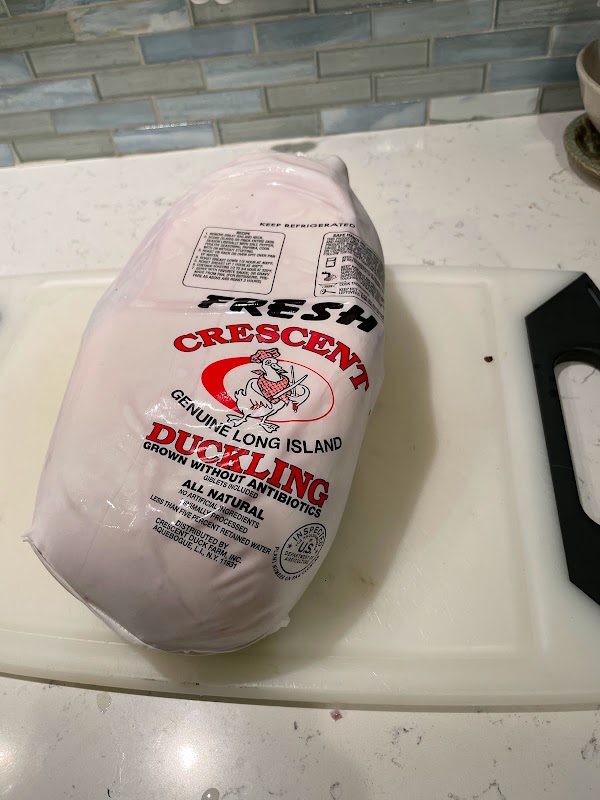 I planned to cook it up for Friday dinner, so Thursday night I took the time to quarter it. I’m not the greatest butcher in the world, but I eventually ended up with 4 pieces, even though I’m positive I wasted a bunch. It wasn’t until later as I was re-watching the episode that I noticed I should have kept the drumstick part of the wing attached to the breast, so I definitely messed that part up. 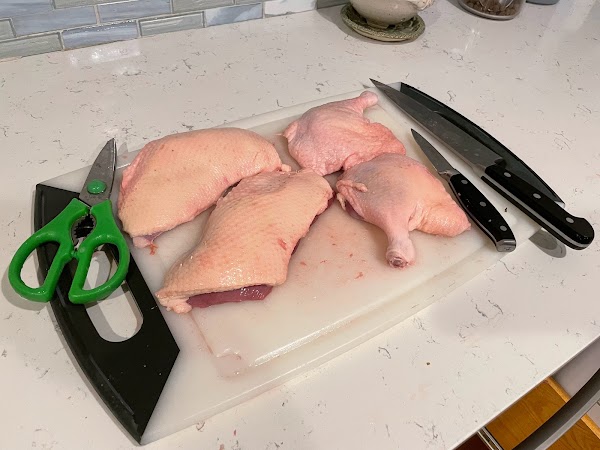 Friday night I started by preparing my brine and getting the duck in there. I had a bit of a late start, so I only brined it for about an hour and 45 minutes. Around 5pm I started the steaming. 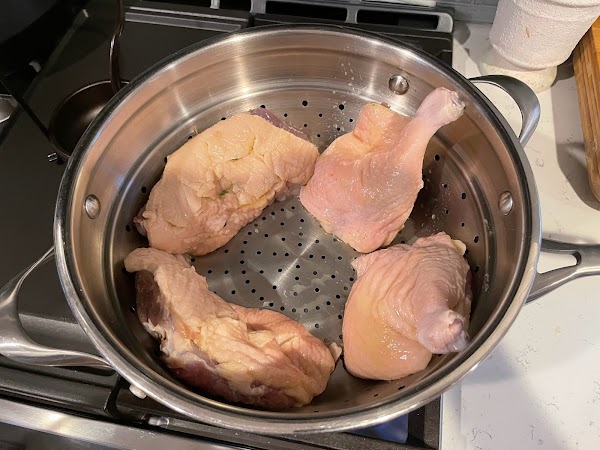 I steamed the parts for the 45 minutes recommended in the show, then added the leg portions followed by the breast portions to a hot cast iron. When they were done they looked absolutely beautiful. 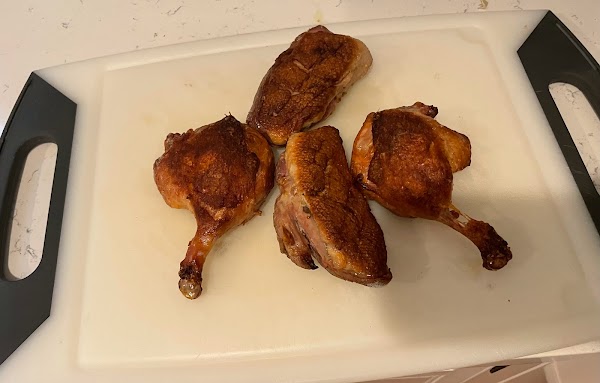 After they came I out I did the greens in the rendered fat. AB uses chard in the show but I used kale, followed by a sprinkle of balsamic vinegar. 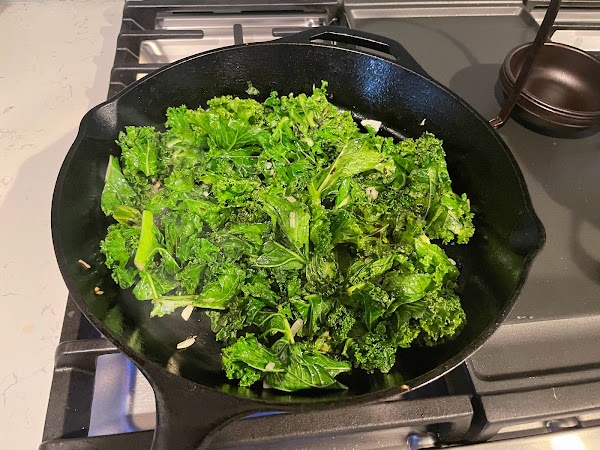 In the end, the duck was really flavorful and delicious. Our favorite parts were the thigh and legs. The skin too was crunchy and amazing. The breast portions, though, were a bit too dry – I think perhaps they could have steamed a little less. The kale was awesome as well – the little hint of balsamic made it.

I think next time I see duck breast at the butcher counter I won’t hesitate to try this again. I’ll definitely steam them a little less, though.

And so ends my journey through Season 3. I’m a little disappointed that it took me so long to get through it – for example between the striper and the catfish was more than a month. I really shouldn’t let that happen again, so I hope to remedy this in Season 4. By far my highlight for Season 3 was pickles. I’ve made pickles over and over recently – both the kosher ones and the sweet ones. Whenever I bring them places they are a huge hit. I’m really glad I got a chance to learn how to make them!

Now I’m looking forward to Season 4 and all the great recipes in store!