I’d been looking forward to making the City Ham ever since I read the reviews on the recipe page. People rave about this one so I wanted to see for myself. I started with an 8lb shank-end grocery store ham, and had fun cutting some diamond shapes into it. If you look closely you can see them: 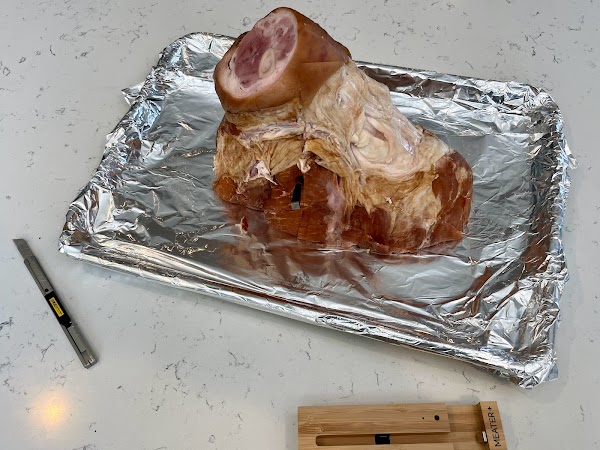 Cooked it for just over 3 hours before taking it out and peeling off the skin and the layer of fat as best I could. I probably could have cut the diamonds a bit deeper, because I had to do some serious peeling. I then brushed it with mustard, patted on brown sugar, sprayed with apple juice (lots of people in the comments used apple juice instead of bourbon), then packed with food-processed ginger snap crumbs. 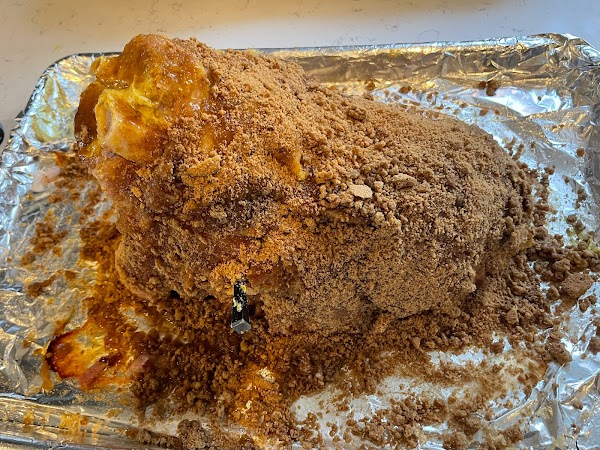 It was then into a 400 degree oven (I bumped it up 50 degrees because I saw in the comments that people had trouble keeping the crust on at 350). Another 45 minutes and it was done. 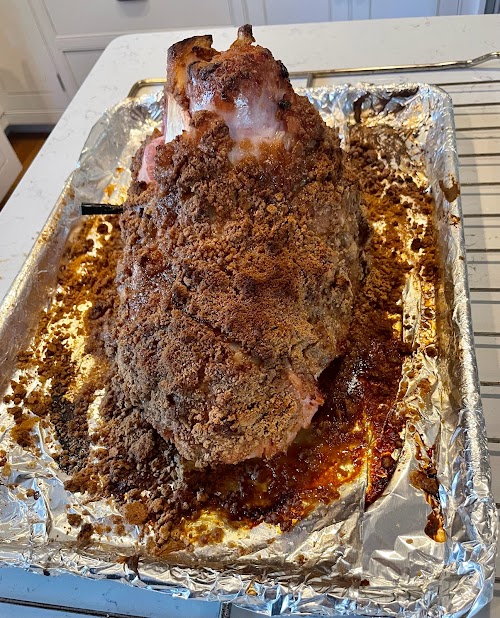 I forgot to take photos of it sliced, but it was fantastic. The crust was sweet and crunchy, and it largely stayed on the ham. The meat was moist and flavorful. Great method for ham!

With the ham we had some of Vlad’s Very Garlicky Greens made with kale. I opted for “medium” garlicky but using 5 large smashed cloves plus a large sliced up clove. 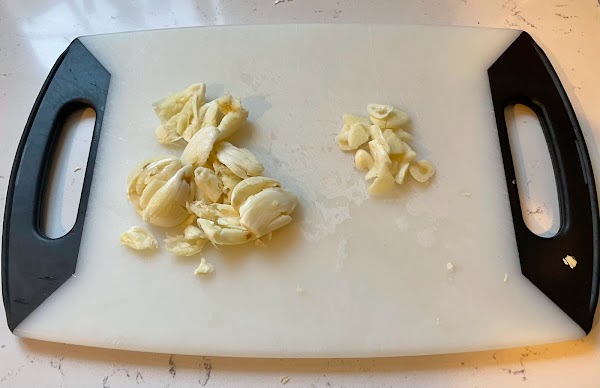 Once again, in the ham-induced excitement of the moment, I forgot to photograph the kale in the pan. Instead here it is plated: 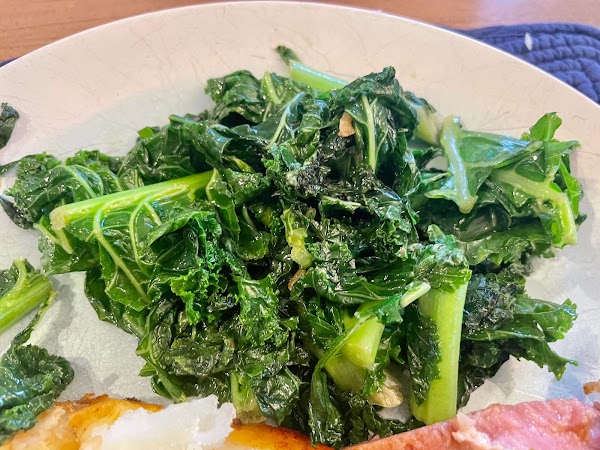