Did a lot of work with puff pastry this weekend. On Saturday I made the Stacked Puff Pastry with Cherries. Measuring and cutting the pieces for the walls was fun. 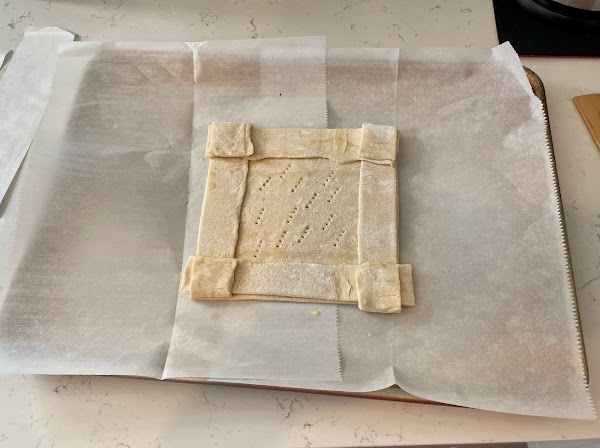 After the walls came the filling. I had accidentally bought “cherry filling” rather than “pie cherries” but dumping the can into a colander and rinsing it down produced enough whole cherries to be salvageable. Also, I didn’t have cake crumbs around but we did have some glazed donut holes in the freezer than I was able to crush up into crumbs to use for the filling – it turned out really tasty! 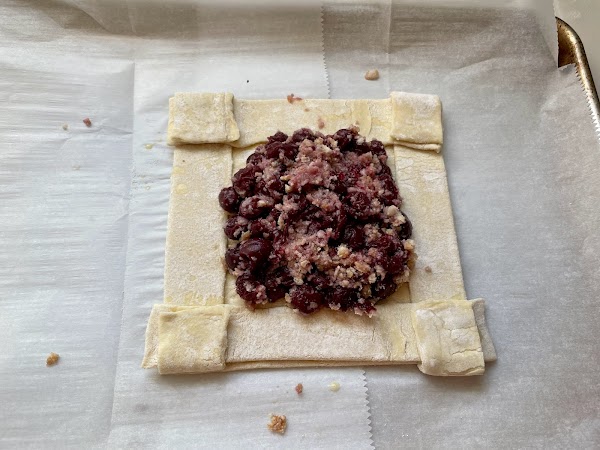 And finally the top. I brushed the top with egg wash and then, as one of the recipe comments suggested, I sprinkled a bit of sugar over the top. 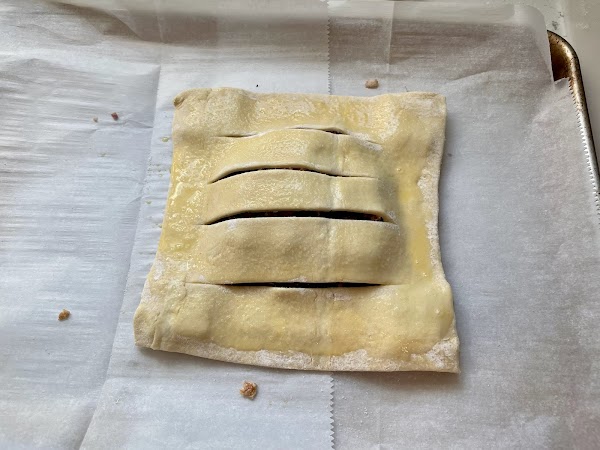 After 30m at 400 degrees, the crust was a deep golden brown, and not wanting to risk burning it I did the second 30m at 300 degrees, which worked out fine. 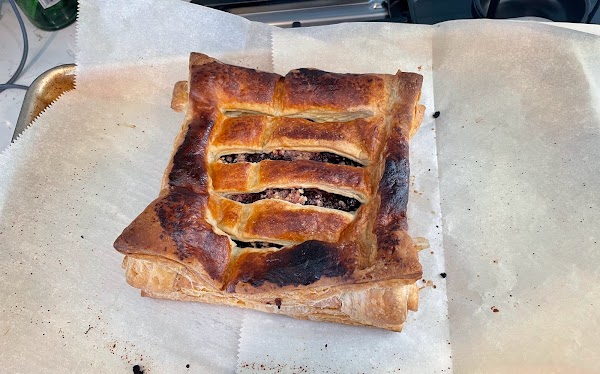 We didn’t get a chance to eat it right away so I stashed it in a gallon freezer bag to serve on Sunday night. For Sunday afternoon, I decided to do the Salmon Turnovers but make them appetizer size. Instead of making four from a sheet of puff pastry, I made 12. Putting them together was delicate work, and I thought it was going to be a disaster – check out my handiwork: 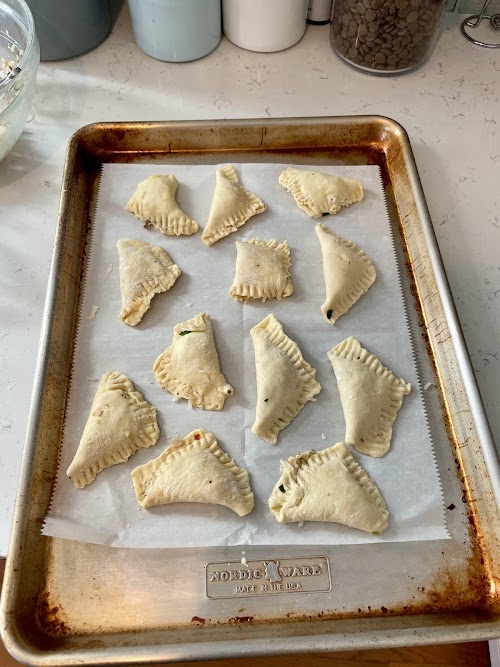 But, sloppy as they were, they came out looking just great. However, we weren’t really big fans. I think trying the appetizer size caused the puff pastry to overwhelm the filling, but even so, the filling itself wasn’t that great. I think I’d really like to try a meat filling (AB suggests Manwich) or maybe steak bomb filling.

For dessert, I served up the cherry pastry, with Sweet and Sour Dessert Sauce on top plus a little vanilla ice cream. Rather than cook the honey over the burner in the metal bowl, I microwaved it then dumped that into the bowl and added the sour cream. So easy! 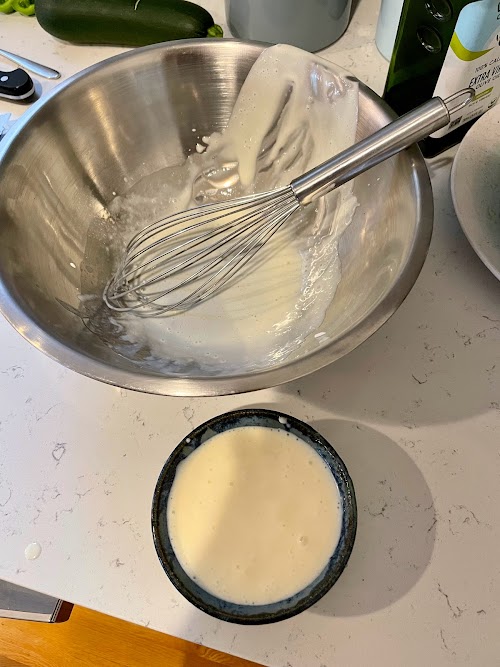 The dessert sauce added a little extra zing to the pastry, and was a nice touch. It’s so easy to make, and would probably be really good with some fruit, like pears or peaches.