I’ve been looking for an excuse to get an Instant Pot, and the Pressure episode was the final push I needed, so I got a deal on one and set out to make AB’s Beefy Broth.

I started by salting and oiling 2 pounds of beef shank and 1 pound of oxtail, then using the Instant Pot’s saute mode to give them a nice sear. 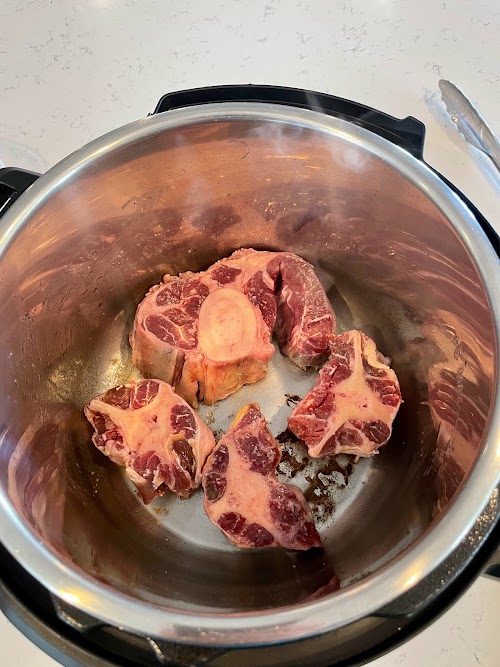 I then added the veggies and the water. This filled the pot right up to it’s max fill line. I kept the pot on saute and waited for it to boil, but taking its temp for a bit told me it probably wasn’t boiling any time soon, so I decided to just skip that step. I don’t think it made much difference in the end, though. 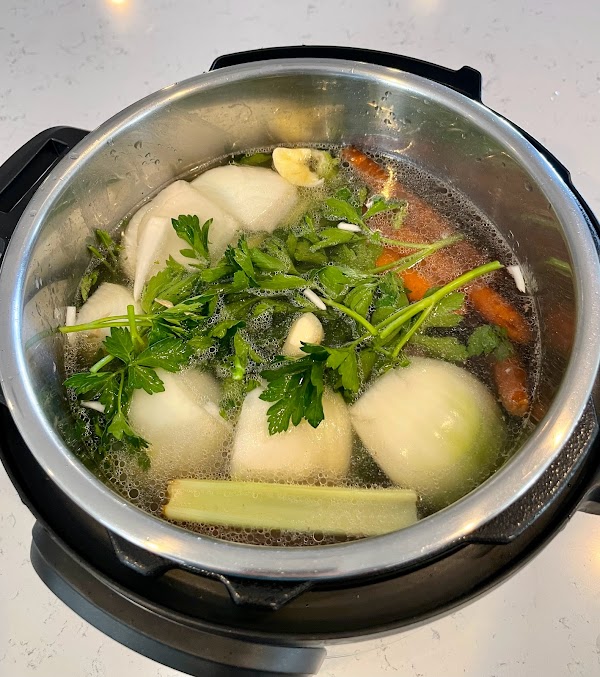 I set it to pressure cook for the full 50 minutes as listed in the recipe. 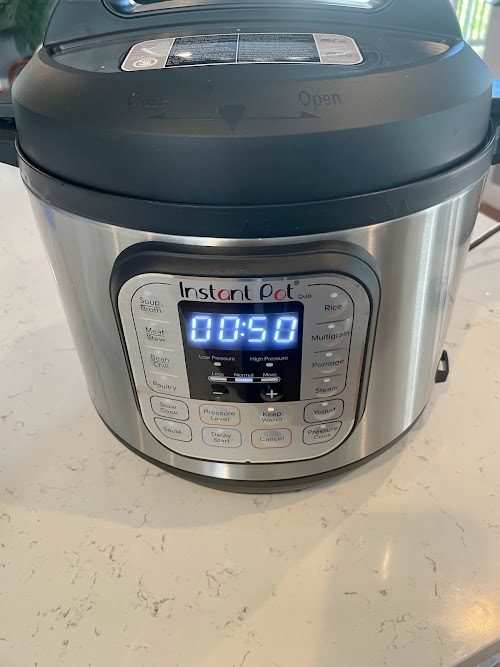 When it was done, I first strained the big stuff out directly through a colander, and then used a potato masher to squeeze what liquid I could from those solids. After dumping the colander, I lined it with 2 layers of cheese cloth, and strained the broth through it again two times. 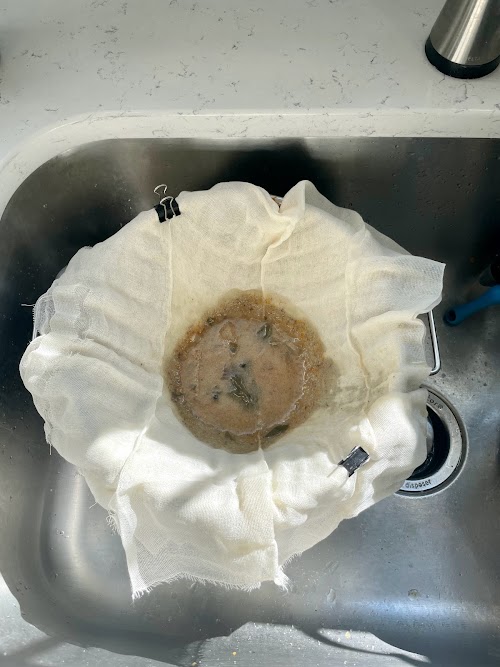 The initial broth needed seasoning so I added salt bit by bit and tasted until it all seemed right. I should have measured, but I estimate I added about a teaspoon of salt total to the finished broth. 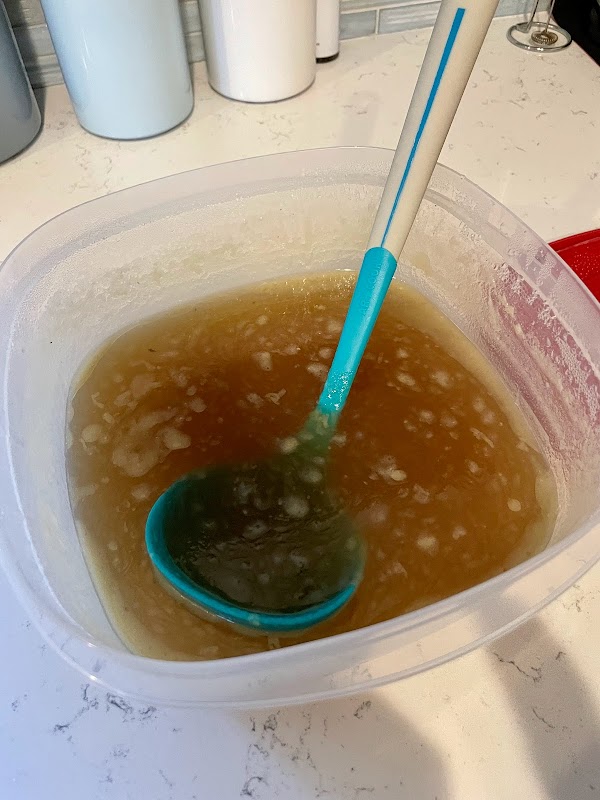 In the end, it was delicious. We ended up simply drinking it in mugs over the next few days, which is a warm and fantastic little snack – tt’s a great time of year for broth, and a mug of it really hits the spot. I had originally planned to make soup or something with it, but we never ended up doing that. We did freeze the rest for later use in gravies and stuff, so I look forward to having that in the toolbox.