Turns out we were able to combine these things by making it into a Halloween-themed cake to bring to the party!

I gathered all the ingredients together, including the pan I borrowed from my Mom. This pan has clearly been through some stuff in its lifetime: 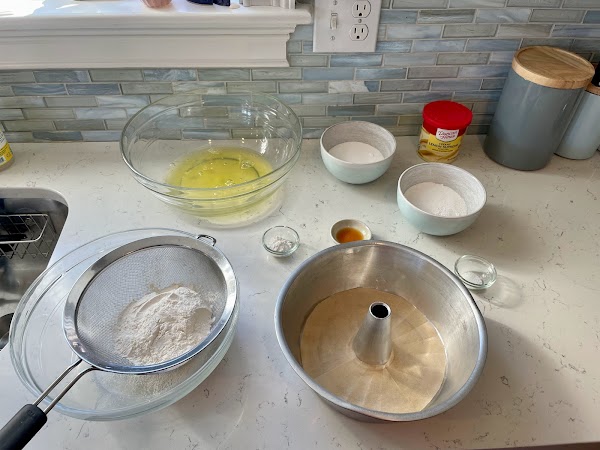 Next it was time to make the foam. I started whisking, then switched to the hand mixer. It took 15 minutes before I achieved medium peaks. 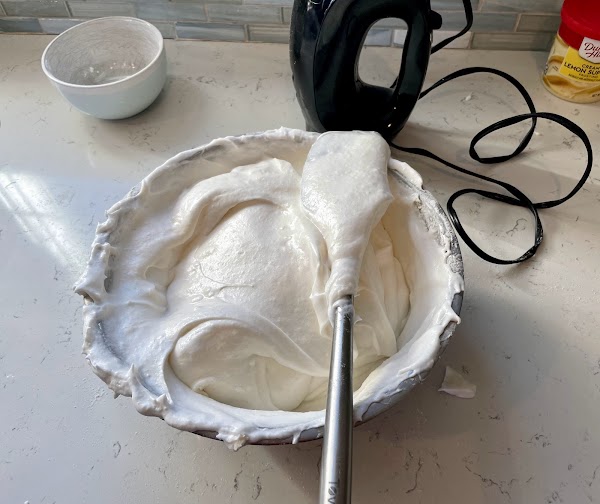 My Mom’s pan isn’t one of the two-part deals, so I thought it might be a good idea to line the bottom with parchment. After the cake came out of the oven (it took about 40 minutes until getting a clean skewer), I turned it upside down to cool and set. 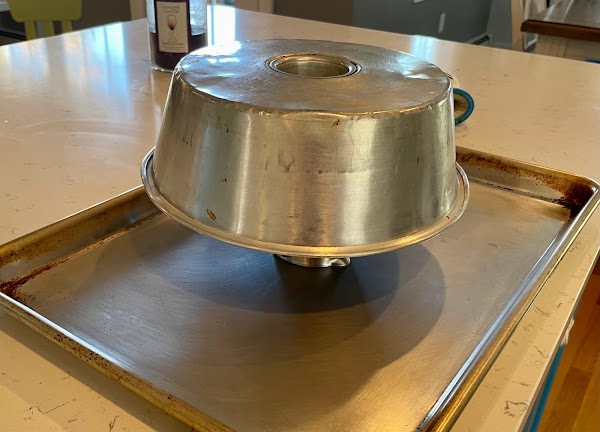 After about 20 minutes of cooling, the cake fell out of the pan, and I think it could have used a little more upside down time because the cake was a bit denser than I expected. 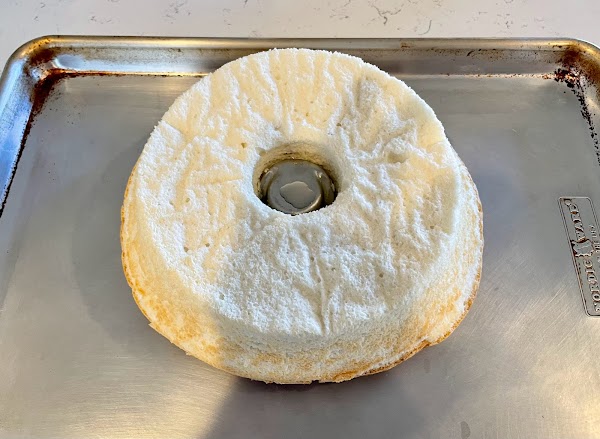 However, even though it was dense it was really delicious. I took some store-bought lemon frosting and added some food coloring to it to make a pumpkin orange color. Gemma then cut out some eyes, a mouth and a stem to finish the cake! 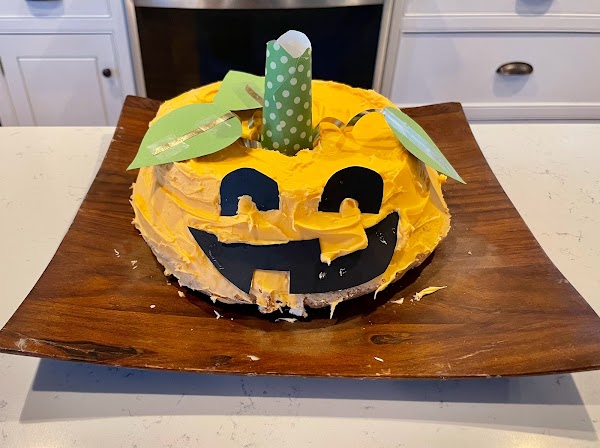 The cake was a hit!