Tonight was Fried Chicken night! I’d been looking forward to this one.

I started last night by cutting up a 6-pound boiler/fryer and marinating it in buttermilk. 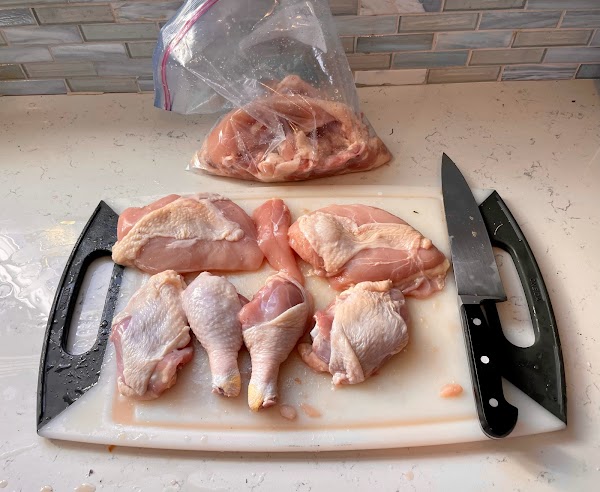 Then this afternoon I created my spice shake and set up my left-to-right frying stations. One thing I noticed in the Food Network recipe comments were people saying the recipe is way too salty. The shake in the recipe, though, isn’t for using 100% for one chicken! It’s for using a bit now and saving the rest for next fry. I dusted the chicken pieces with the shake until them seemed “well seasoned” but there was a ton left over. I can’t even imagine what it would be like to use all of it for this one recipe. 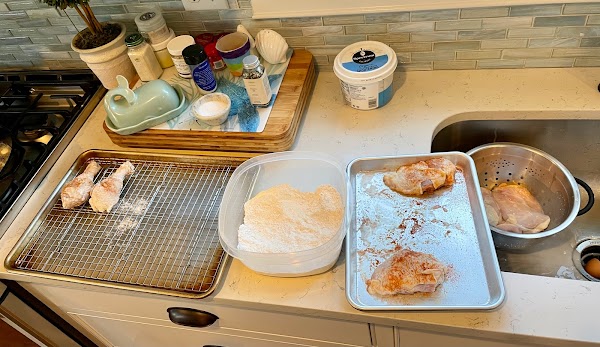 I let the dredge dry for a bit while I got the shortening to temperature. There seems to be a shortage of Crisco so I had to use what I found – in this case Spectrum Organic shortening.

Once it was up to 350 degrees, I loaded up the pan. Problem was that not everything fit in at once – I has to leave the legs out for a second batch. 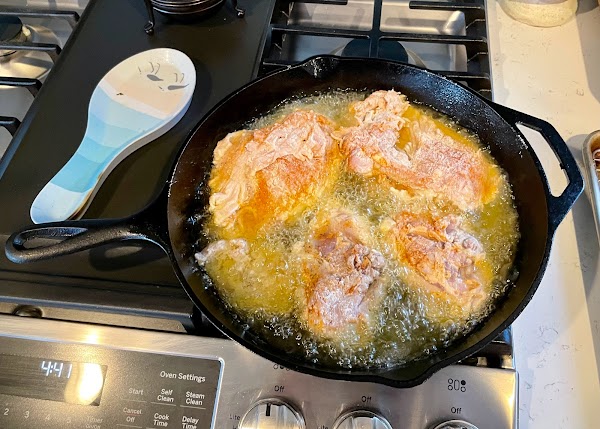 I did each side for 10 minutes, testing the oil temperature every now and then. The pieces came out at just under 180 degrees, like AB recommends. After taking those out, I started the second batch of legs only. For round two, though, I let the oil get a little too hot and the legs came out a bit blackened. I let them cool to room temperature while making the rest of our dinner. 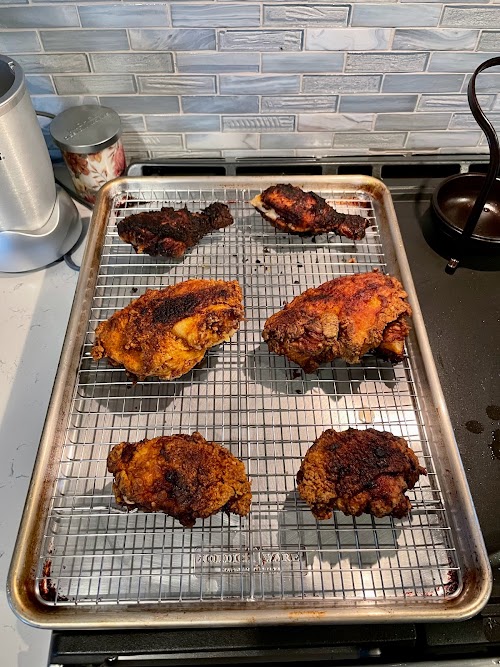 Regardless of being slightly burned, the chicken was amazing. Crispy on the outside and warm and moist on the inside. To serve, I made up a little Sriracha mayo for dipping, which was also fantastic!