As a born-and-bred New Englander, I have to say I’ve been really skeptical about AB’s Stuffed Lobster recipe. I grew up believing that the only way to cook lobster is to just steam it and crack it at the table. So, even though this felt like blasphemy, I gave it a go anyway. I started by chilling the lobsters in the freezer while prepping the steaming pot. 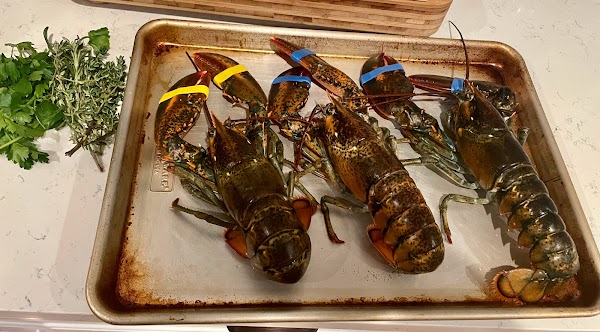 In the episode, Alton used some river rocks to steam the lobsters. For my version, I collected up some rocks from the nearby beach to use as the base for the steaming part of the recipe. 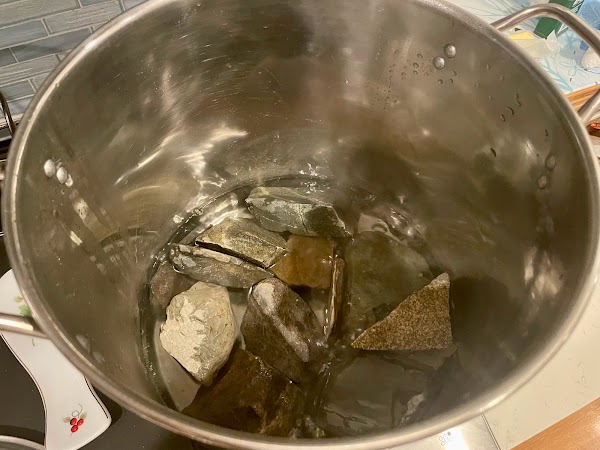 Extracting the leg meat, cutting up the lobsters, and cleaning out the bodies was a real pain, and again sort of felt like something I shouldn’t be doing. So after making the stuffing and baking the lobster halves, we sat down to eat and … it was incredible. 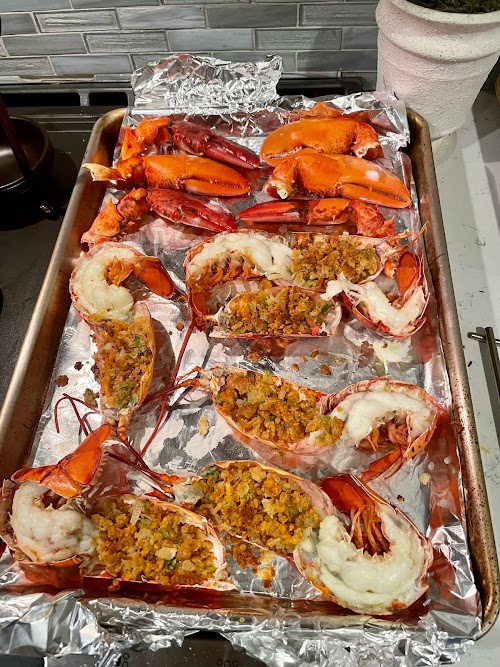 The claw and tail meat was both flavorful and moist. The stuffing was buttery and crispy, which was a perfect complement to a bite of meat. We were really surprised by how amazing this lobster was, and absolutely make this again. We were bummed that we only did one lobster per person. Can’t wait to do this again.