Well, I didn’t leave this for last, but pretty close. I’ve had smoked salmon before but I have to admit I’ve never really liked it all that much and so I wasn’t very excited for this one. The other thing holding me back was Alton’s whole homemade smoker rig, which I had been considering how to make. But, I had my smoker out after doing a smoked turkey for Thanksgiving, so I figured if I had a smoker already, why not use it instead of making something with a cardboard box and hot plate like he did in the episode?

Since I wasn’t terribly excited for this, I simply did a 1 pound fillet rather than the book-ended giant ones he did in the show. I estimated that each of those things was about four pounds, so I cut the cure recipe by 1/8. I sprinkled the fillet back and front, and wrapped it up in plastic and foil. 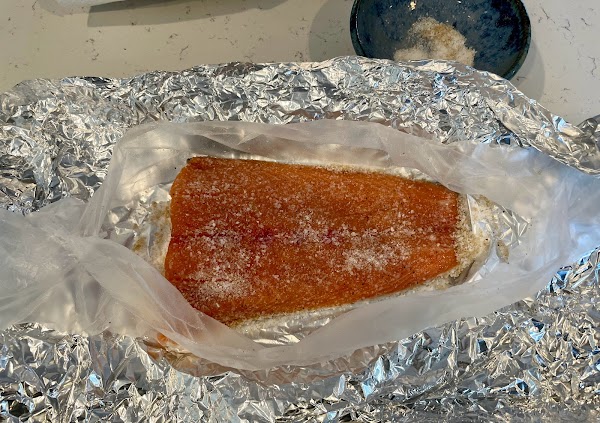 After putting some weight on top and sticking it in the fridge for 24 hours, I then washed it off and set up a little fan to dry it for a couple hours. 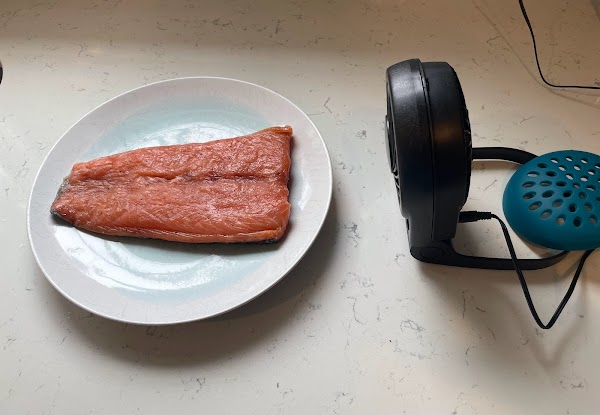 While it was drying I got the smoker going and when it was ready I put the fish on. 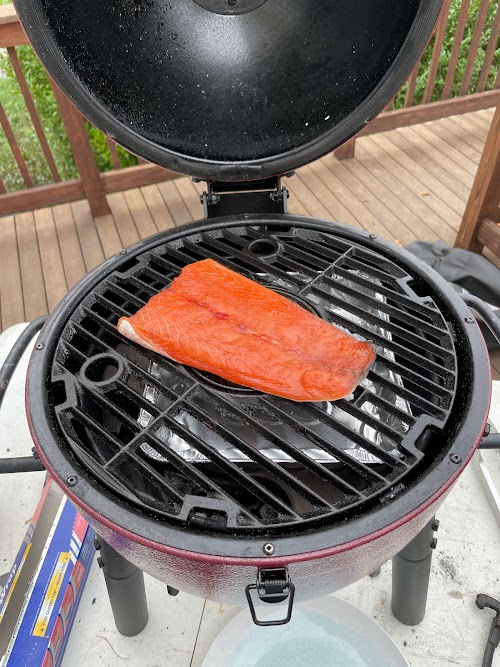 The recipe online says to keep the smoker to about 150/160 but I could really only control the heat to somewhere between 200-220. I’m not sure this made a huge difference in the end, but it’s worth noting. I tested the fish after 20m and took it off the smoker after 30m. 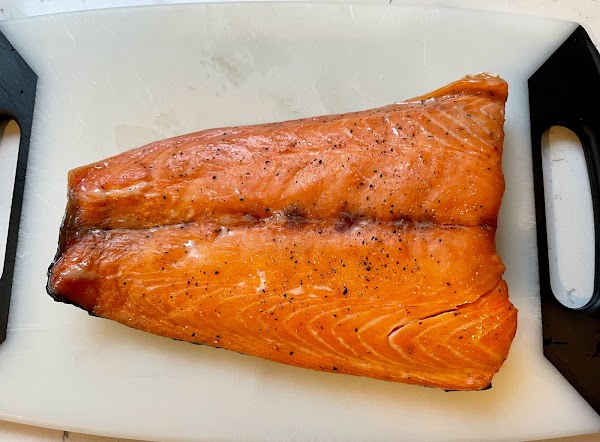 Finally, I let it come to room temperature before the whole family gathered around to give it a try. Here’s where I have to say I wasn’t just surprised, I was blown away. It was SO good. Smoky and sweet, and not fishy at all. The three of us stood at the counter with forks and just crushed this thing. Besides just straight up, we also ate it on crackers with a little bit of cream cheese too. It was marvelous, and I kind of regretted not doing more. However, with Christmas coming up, I’m planning to do this again as a gift.